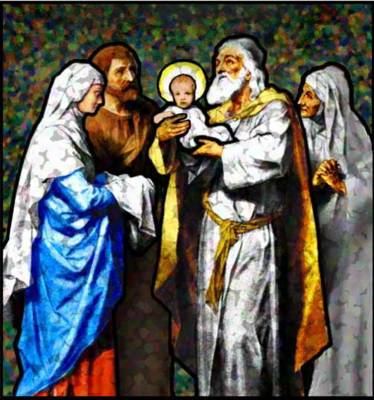 
I attended the Christmas Concert and 8 PM Mass at St. Martin of Tours Church in Amityville . There was a choir and full orchestra- the music director is a graduate of Julliard. The music was terrific - easily the best quality music at any Mass I have ever attended. If my friend Aristotle, of Confessions of a Recovering Choir Director was there he would have been able to name the arrangements. The Gloria, Agnus Dei and Our Father were particularly beautiful. This was a great way to begin the Christmas Season.

Posted by Gen X Revert at 1:24 AM No comments: Links to this post
Labels: Church Stuff

"An Israeli antiquities collector who claimed he discovered the burial box of Jesus' brother James will be charged with forgery next week, a Justice Ministry spokesman said Thursday."


Posted by Gen X Revert at 3:09 PM No comments: Links to this post
Labels: Crime and Justice

Seattle Catholic has a link to Glendalough: A Catholic Writer's Blog by Matthew Anger. I have seen his writing in Latin Mass magazine. He links to a new book by Susan Lloyd (who also writes for Latin Mass) called "Please Don't Drink the Holy Water! Homeschool Days, Rosary Nights, and Other Near Occasions of Sin". The book sounds very funny. Isn't it cool how traditional Catholics with large families can joke around and enjoy their children, their faith, and their life while others see children, faith and life as burdens?

Posted by Gen X Revert at 5:40 AM No comments: Links to this post
Labels: Blog Stuff

"Laying the Smackdown on Heresy Since 1981"


I just noticed that Ignatius Insight has an interview with Christopher Blosser of The Cardinal Ratzinger Fan Club.

Posted by Gen X Revert at 7:25 PM No comments: Links to this post
Labels: Blog Stuff

John Cornwall is now backing away from his claim that Pope Pius XII was anti-semitic. Who cares? The damage is done and Cornwall has made his money. Perhaps he figures he will sell more copies of his book on JPII if he comes across as open minded?

"Devil's advocates were supposed to be fair-minded, and in the past Mr Cornwell, a prolific writer on Catholic matters, has at times been anything but. As he admits, “Hitler's Pope” (1999), his biography of Pope Pius XII, lacked balance. “I would now argue,” he says, “in the light of the debates and evidence following ‘Hitler's Pope', that Pius XII had so little scope of action that it is impossible to judge the motives for his silence during the war, while Rome was under the heel of Mussolini and later occupied by the Germans.”


Cornwall had already been "outed" as a liar by The Catholic League when he published his trash:

"Crucial to his self-promotion is Cornwell’s claim to have been a good, practicing Catholic who set out to defend his Church. His earlier books, however, were marketed as having been written by someone who had left the Church. According to a 1989 report in the Washington Post, Cornwell "was once a seminarian at the English College in Rome and knows the Vatican terrain, [but] he has long since left the seminary and the Catholic faith, and thus writes with that astringent, cool, jaundiced view of the Vatican that only ex-Catholics familiar with Rome seem to have mastered." At that time Cornwell described himself as a "lapsed Catholic for more that 20 years."

Posted by Gen X Revert at 6:50 PM No comments: Links to this post
Labels: Church Stuff

The Bishop of Myra knew how to do "wreckovation"!


"The most supreme deity of the pantheon of Myra was Artemis and her temple was the most stunningly beautiful and impressive structure in all Lycia. Nicholas attacked this temple with great might and vigor, causing its total destruction. So complete was its fall that the foundation stones were on top and the pinnacle was driven into the ground. The evil demons then fled, inspiring the people's awe of God."

via Saint Nicholas: Discovering the Truth About Santa Claus