Fr. Vin, the pastor of Our Lady of Grace in West Babylon wrote this in this week's bulletin, and it is published online at the parish's website. The main point he makes is an good one:

"Please don’t “pray at Mass”; instead, Pray the Mass."

Unfortunately, to make his point he does the "tradition bashing" that has been so common for 35 years:

"People who grew up with the Mass in Latin couldn’t “pray the Mass”: It was incomprehensible. So instead, we were encouraged to “pray at Mass.” The priest “did his thing” with his back to the people, murmuring (as instructed – people weren’t supposed to hear some of the prayers) in a foreign language. Rather than be bored silly, lay people brought things to do – rosary beads to pray with, booklets of devotions, English-language “missals” that had translations to follow. And well-meaning instructors told people to conduct their own private devotions in the context of the time they spent at Mass – not a good solution, but the best that the times allowed."

I was not around to experience any of this first hand, but many Catholics have said that the general thrust of this argument is incorrect or exaggerated. I do know a few things however: That at the couple of dozen traditional latin Masses I have attended, none of the things described above occurred. In fact, I have found that those attending the Mass in the "extraordinary form" tended to be more prayerfully following and yes, praying the Mass than the seemingly bored people at the local parish Masses. Many at local parishes do not pray any of the prayers aloud. I have also found that the traditional Mass is very comprehensible, and the more I attend the more I learn.


I also know this: that when I attend the traditional Mass I use my Dad's 1943 Missal that I found in a box in the attic. The very first printed words in the Missal are: Pray the Mass. I remember seeing this for the first time and thinking it was stunning. Somehow I did not imagine that phrase being used in 1943 but there it was. I think that for those who want Catholics to pray the Mass today, in either form, it is better to point out positive things rather than talk about how bad things were years ago. For example, I learned by attending the traditional Mass that we genuflect during the Incarnation lines in the Creed: "By the power of the Holy Spirit, He was born of the Virgin Mary and became man." The present rubric is to bow during those three lines, which I started to do only after attending the traditional Mass, and I found it to be better than genuflecting. So, this is a positive change that is found in the Mass today. If things were really as bad as some say up until 1970, and the new Mass revisions were so wonderful, then there would be no reason for the huge drop in the numbers of Catholics who attend Sunday Mass from before 1970 to today. People would be flocking to parishes in order to attend a Mass they can understand, to see a priest face the people, to pray in their own language, to join together in prayer. This is simply not what happened, in fact the opposite occurred. So, although I totally agree with Fr. Vin's commentary and hope Catholics "Pray the Mass" either in the normative or extraordinary form, I think his reliance on the old argument of "things were bad before the changes" does not help the case at all. And now, here are some scans of my father's 1943 Missal, please note the first page:
- Click to enlarge 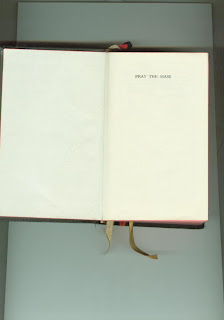 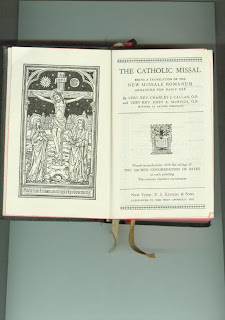 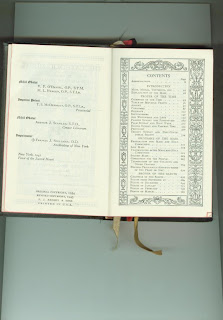